Exhausted from launching The Gastronomer’s Bookshelf and distracted by other matters, I’ve at least managed to spend the last week of the year dining on deliciousness. I hope the same goes for all my readers and correspondents! Here are the highlights of the Christmas week and some reminders of fun articles from 2008.

Shortly before Christmas I found out exactly how a baker sweats, for I was baking the famous German Christmas bread called stollen. It’s about ten years since my last stollen event and I had mislaid my trusty recipe, so I went searching through my shelves and ended up combining the fairly lean ‘old style’ domestic recipe in Horst Scharffenberg’s fantastic Aus Deutschlands Küchen (also available in English as The German Kitchen, I think) with the much, much richer and fruit-laden recipe in Culinaria Germany. The result was a lovely, enriched bread dotted with raisins and peel and with a lovely vein of marzipan (home-made) down its length. I was glad I could still enjoy it after baking ten loaves!

Shortly after Christmas I put the ice-cream churn to good use to create a toasted pistachio gelato, served with sour cherries in syrup. This recipe was based on the southern Italian style of gelato which lacks eggs and, surprisingly, uses cornflour (cornstarch) as a thickener. David Lebovitz has a recipe which was the inspiration for me — he uses a luxurious pistachio paste. I made my own equivalent of the paste by grinding roasted pistachios with sugar. I also added pieces of raw pistachio for even brighter colour and more textural interest. 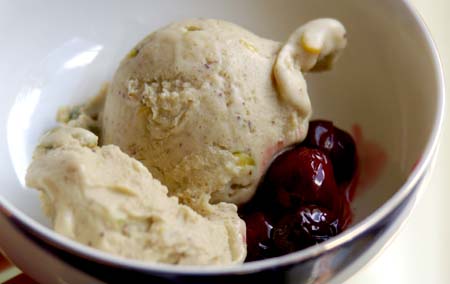 And then, to round off 2008, I heated up a piece of confit duck (alas, not home-made), sautéed some red capsicum and broccoli with garlic and marjoram, and fried some chips in duck fat! Ohhhh, they were soooo crispy and golden. 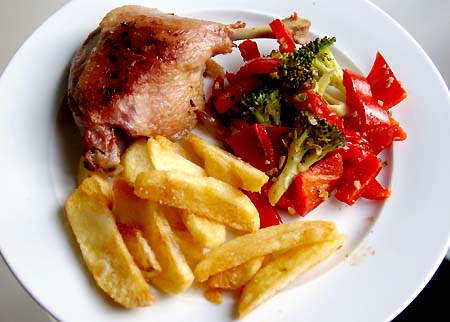 If any of this has your tummy rumbling or your imagination racing, here’s a rundown of some of the interesting things (in my humble opinion 😛 ) that you might have missed if you weren’t a regular:

Travel stories from Paris, Singapore and Madrid, Sevilla, Cordoba, Granada and Elvas. Oh dear, that also means I haven’t written up at least two other places! 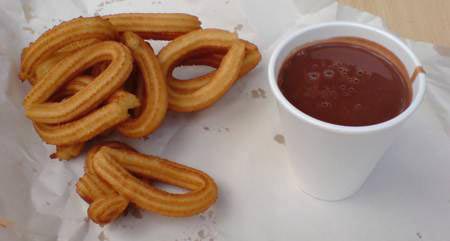 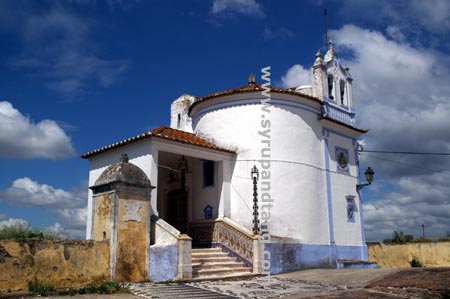 I delved into a few issues in food and eating, looking at the role of supermarkets, alcohol consumption, being disappointed at weaknesses in the Slow Food movement, frustrated at the misrepresentation of statistics about overweight and obese people, and well and truly sick of mainstream media’s inability to do their job properly (macarons, SBS, food conference).

Macaron adventures, including bad stuff in Melbourne, only marginally better impressions in Sydney, and a reasonable number of delicious ones in Paris. At home, I played with the flavours of violet and mandarin, musk and Christmas. 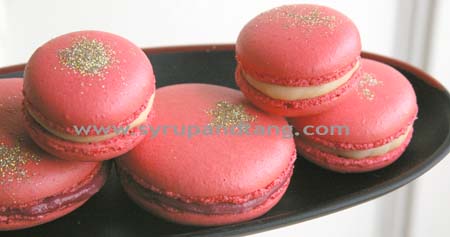 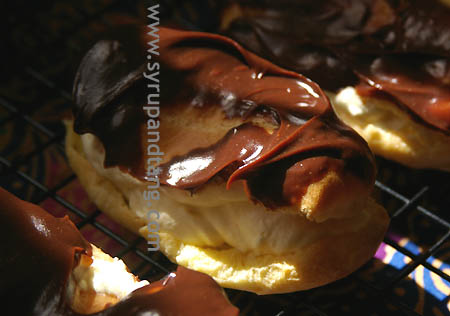 In other cooking fun, there were chocolate éclairs and a quick-n-easy tarte Tatin, the unusual creation of beetroot and ginger kuih, lots of fun making violet jelly, pear and mascarpone tarts, and my long-standing favourites pastéis de nata (Portuguese custard tarts). I also discovered that you can do an unpretty but tolerably nice sourdough bread in a bread machine, overdosed on baba ghanoush, created a wild rice salad which has become a frequent (and pricey!) feature on my menu, and asked readers to reveal their humble home comfort food. 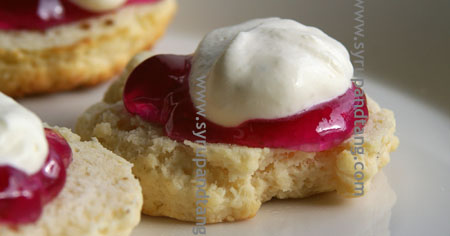 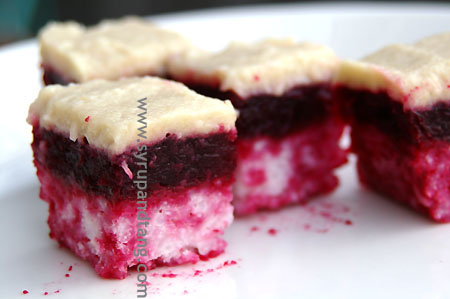 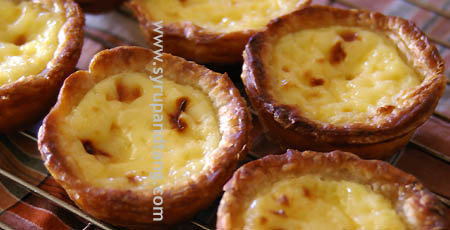 Thanks to all the readers who dropped by and all the commenters who made this a place for positive, enlightening discussion. I wish you all a delectable, comfortable and stress-free 2009!

If you’re a reader who doesn’t like to comment, feel free to say a quick hello below… it’s always nice to know more about the readers I haven’t heard from yet 🙂 .

For the first time I have been offered a free sample of something. You’ll notice one or two other local sites will also be writing about this. Rather than taking the approach of simply offering the product for review, an incentive was added, in the form of a prize for the ‘best’ review. What a great way to ensure that the odds of a negative review are reduced. Such is marketing…

UPDATE: And it’s been drawn to my attention that some people didn’t feel the need to disclose the freebie or incentive. Hmmmm.

The Cocoa Farm brand will be known to some for their colourful packaging and presence in some organic food retail shelves. Cocoa Farm is owned by Farm by Nature, a small Melbourne company. The product received for review was small barrel-shaped chocolates with pieces of currant ‘bathed’ in shiraz. Well, most people know that I’m fairly clear about what I think about food, so here we go… 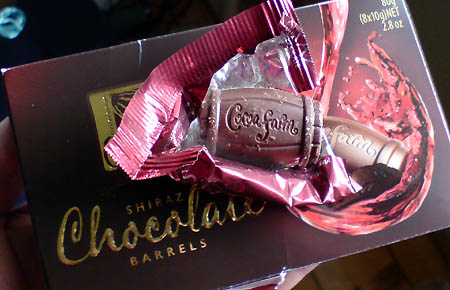 These chocolates are fairly pleasant, but nothing to rush out for. I don’t know the price point, so can’t comment on their quality:cost relationship. The chocolate is 36% cocoa solids and 11% milk solids, with a strong, very pleasantly fruity aroma from the wine and fruit. The chocolate has a coarse snap, with a very dry texture and it is slow to melt, resulting in a thick pastiness, reminiscent of Cadbury Dairy Milk at best. The few pieces of currant are small, fairly dry pieces with pleasant acidic and fruity notes from the wine.

I guess they would make an okay gift for some audiences. The flavour profile is quite acceptable and many will enjoy it (though I doubt anyone would really say ‘oh, shiraz’ if they hadn’t seen the wrapper), but the texture is poor — no aspiration to much quality evident there.

In the UK, sending product to bloggers seems to have been a successful strategy for Hotel Chocolat. But they haven’t used quid-pro-quo incentives (as far as I know) and, to be frank, their product is light-years better. Although Farm by Nature can be congratulated for being ahead of many companies by thinking of harnessing the power of bloggers, you’d probably want to be careful about the quality of the product you want to promote.

It seemed time for a little Christmas spirit, though most of it seems to be passing me by at the moment. On the occasion of a little lunch at my place for friends, I wanted to serve some new flavours of macarons to my faithful tasters. 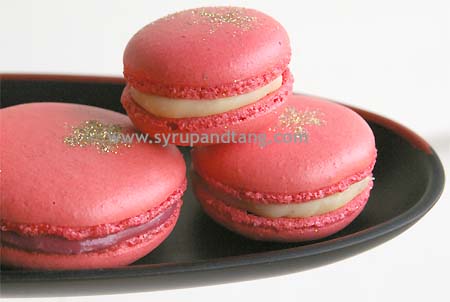 Christmas flavours? What could I do? Christmas makes me think of fruitcake and Christmas pudding, spices and nuts. I’ve done a macaron filling with inclusions before (the Winter Solstice event) and wasn’t so convinced of its success. Part of the delight of a macaron is the flavour and unobtrusive texture of the filling when married with the light, just slightly crisp shell. Sometimes I’ve seen small nut inclusions which have worked, but nothing else.

I have a jar of Mother’s Fruitmince (one of those strange brands which differs from household to household, if you know what I mean), but I couldn’t see how to successfully build that into a filling without a lot of experimentation. Instead, I went for two options:

1. Christmas spices and citrus
2. A berry summer flavour which would bring back memories of childhood summers (meaning Christmas in Australia!)

Ladies and gentlemen, I present:

The gerbets (small ones) feature a white chocolate ganache incorporating some fantastic Seville orange marmelade which has featured previously in my macarons, cinnamon, clove and nutmeg. The result: warm woody spice notes and a lingering bitterness from the orange. Very much a Christmas macaron.

The larger macarons were filled with a mixture of strawberries softened in sugar over low heat and then puréed, combined with white chocolate to make a pseudo-ganache. The final touch, which might make some Australian hearts flutter: a few drops of musk. (Many of us grew up with ‘musk sticks’ as a childhood confectionery item, unfortunately increasingly hard to get now.) This filling was sweet (a little too sweet for some) and really wonderful, even if I do say so myself.

To add to the specialness of these macarons, I used a gel colouring, rather than the often inadequate domestic liquid colours, and on top of them all are beautiful edible sparkles! I need to work on my star shapes though;)

And one tip for those who want to make macarons… do not make macarons when it’s raining or very humid. Macarons absorb moisture very very quickly, so they will start softening as soon as they’re cool or out of their storage container. A simple observation: if condensation forms instantly on a container taken out of the fridge, your macarons are likely to have a short lifespan in best condition (less than a day).