How hard is it to make a set of consumer digital kitchen scales that are reliable? Too hard, it seems.

Exhibit A, below, is the most reliable, moderately priced (A$40) set I’ve found in recent years. The IKEA Ordning kitchen scale is simple, reasonably robust, and fairly reliable. I’ve had two in the last six years. The first broke because I have a habit of knocking things onto the floor. My parents inherited it because my father is nifty with drills and glue and stuff;) The second Ordning scale isn’t quite as good. No design changes, but the displayed weight seems to creep up or down a little sometimes. A pity, because the first one was really, really reliable. 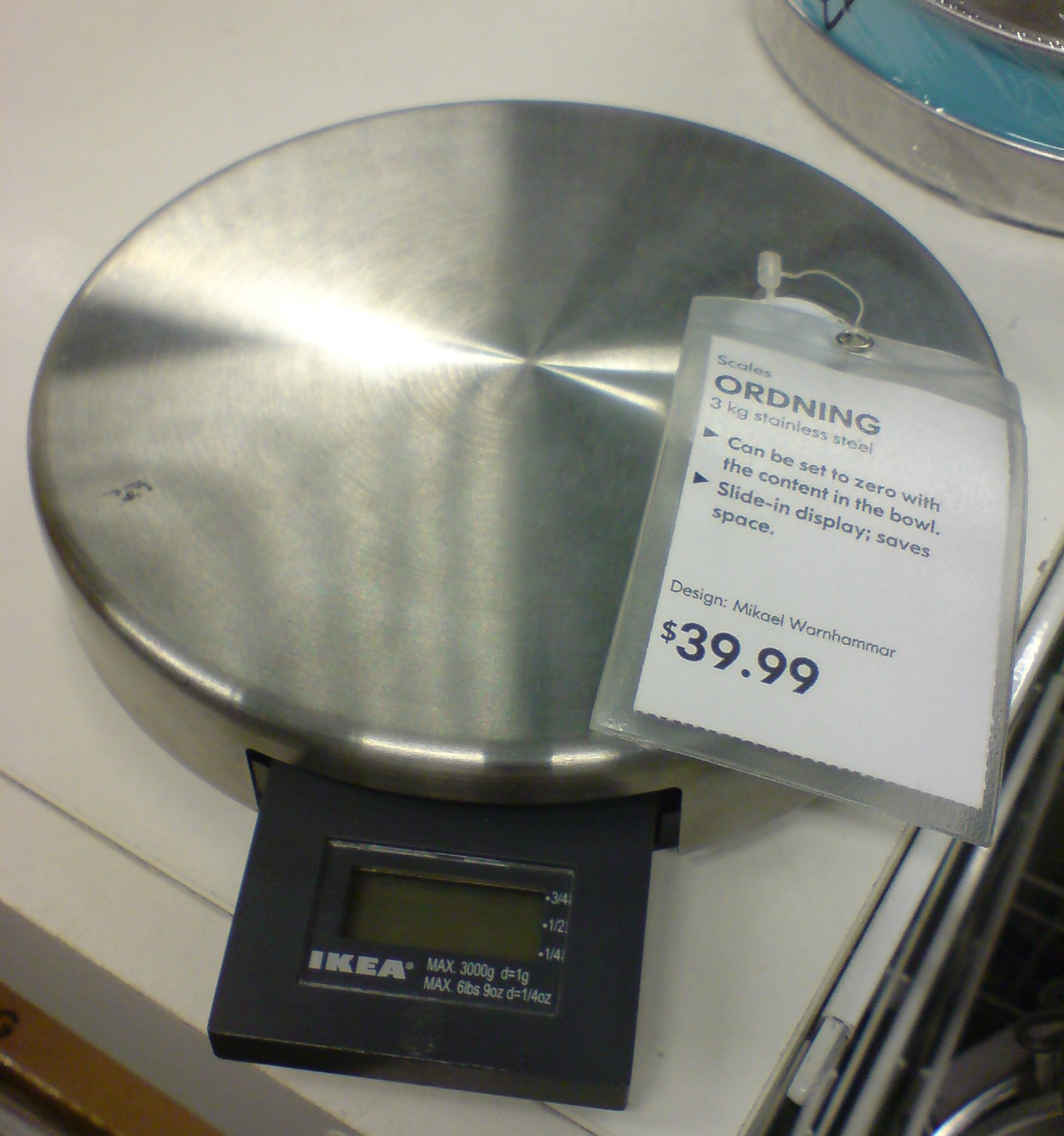 Exhibit B, below, was a piece of junk I bought at BigW. I liked the idea of a solid flat glass surface, and bright display. Junk. It wasn’t enough that weighing something at different spots on the surface yielded different outcomes, but watching the display settle on a weight, then slowly tick upwards gram by gram over a period of about 30 seconds, then (if lucky) slowly tick downwards to (approximately) the original weight, was excruciatingly frustrating. 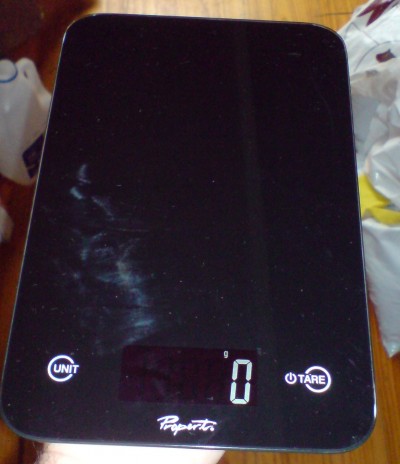 The design was clean and the display was bright, but that couldn’t compensate for the flaws. This device is sold under many brands both here in Australia and overseas. I don’t know if the one I bought was a one-off faulty unit. There are other scales that are of the same basic design but have a slightly different base or display, and these might behave differently.

Exhibit C (which I’m not exhibiting) was another type of scale (raised glass disc over a plastic housing) at a similar price point. It refused to register the addition of any amount under about three grams, so if you had 100gm of something already on the scales and slowly sprinkled on small amounts of extra ingredient, it wouldn’t notice. Dumb.

What’s a gram or two between friends?

If baking is your thing, and especially if you spend quite some time developing recipes, every gram can matter. For general use, it’s not so big a drama unless you’re adding small quantities of very potent ingredients (e.g. certain flavours, chemicals in avantgarde cooking, leavening agents, etc), or making a very small batch of something where the balance of ingredients is crucial (e.g. a ganache).

I began to wonder if the expensive digital scales sold in most cookware shops and department stores were, in fact, justifiably pricey. A quick look at the reviews on various Amazons left me sceptical, and the fact that the typical consumer probably trusts their scales without testing them for accuracy/reliablity certainly distorts the reviews.

So I wonder what my readers use and have found to be truly reliable?

A decent set of scales should, in my opinion, manage at least to:

Reliability of scales is difficult to assess if you don’t have access to more than one set of scales. However, smallish weights can be checked by using multiple coins, as the weights of coins are meant to be reliable (e.g. an Australian 50c coin should weigh 15.55 gm; Wikipedia has useful reference lists for many different currencies).

20 thoughts on “Where are the good kitchen scales?”