Australian book retail chain Angus & Robertson (A&R) has got itself in the poo. The mainstream media (Fairfax) ran stories briefly (08 August) about A&R attempting to screw its suppliers by demanding payments to cover their ‘gap’ in profitability. To put it more clearly, Angus & Robertson is using the same sort of approach that Australian supermarkets have to the products they carry — ‘pay us to stock your product or go away’. More detail can be found in an article at Crikey (subscription). Suppliers/publishers who don’t yield enough volume profit for the bookseller retailer are being billed for large sums in order to obtain the right to continue to supply the retailer.

I’ve heard that a representative of A&R stood up at the Australian Booksellers’ Association conference a few weeks back and said something to the effect of ‘we aren’t a bookseller, we’re a retailer’ and more about profits and products. So there we have it.

Two of the suppliers mentioned in media coverage are Tower Books and Thames & Hudson. They are prominent in areas such as architecture, art, design, some literature and more (including many French-published food titles). If A&R loses Tower Books (and they seem to have, given the correspondence between them) one would assume that no Taschen books will be available from A&R (Taschen do all sorts of popular books on art and artists, design, culture and photography) as Tower is the Australian supplier. The same is the case for DC Comics. And Thames & Hudson has an impressive catalogue of titles in similar areas. It would seem that A&R doesn’t deserve anyone’s business if they think selling books is about extorting money from suppliers and only giving consumers whatever A&R deems massively profitable enough to bother with.

UPDATE: A nice description of A&R’s greed and various parts of the correspondence can be found at Lightbulb

It’s old news, but for a moment last week newspapers and cafés were abuzz with speculation about the future of restaurant reviewers. A ruling by the High Court of Australia appeared — in media depictions — to establish that a now-defunct Sydney restaurant, Coco Roco, had been defamed by reviewer Matthew Evans of the Sydney Morning Herald.

I expected the food-blogosphere to erupt in outrage, given that many foodbloggers are doing their thing in order to tell cybernauts about their dining experiences. Nix. Nothing. Almost. With the exception of this and this, I haven’t seen other Australian foodblogs mention it. It didn’t even get mentioned in the Australian section of eGullet, despite a previous discussion about reviewing. If you Google relevant terms, you’ll discover that foreign media, forums and blogs have been rather more interested.

I can’t help but wonder just what Aussie review-genre foodbloggers are in it for.

As it happens, last week’s ruling is far from earth-shattering, being but one more step in the case. Wait until the outcome of further legal process in the New South Wales Supreme Court, where the newspaper will actually defend itself. A final negative outcome for the newspaper would have considerable implications for all who review — bloggers who review are of course open to litigation too. If you want to read more about the general issue of litigation and restaurant reviews, see this at cearta.ie.

UPDATE: I had overlooked this clear description of the case on eat-melbourne and (at last!) some online discussion.

There aren’t many restaurant reviewers who I trust to say clearly what they think without adding in a touch of egomania. Jay Rayner of the Observer is one of the ones I trust. He was the first serious reviewer I’d ever read who didn’t shy away from clear negative reviews, as well as good positive ones.

Why am I writing this? Because one of his most recent reviews is marvellous. Here are a few quotes from his review of London restaurant Suka from 29 April 2007.

Any attempt at conversation – ‘God I hate this place. How can they live with themselves,’ etc – kept being interrupted by waiters trudging off into the distance and back again
[…]
The one advantage of this set-up was that the waitress was so far away from me, and the music so loud, I couldn’t really hear her recitation of the menu’s ‘concept’.
[…]
Anyway, having eaten there, I can sum it up myself: ‘We are now going to extort as much money from you in as short a period as possible for as lacklustre a meal as we can get away with.’

UPDATE: I’m not alone in cyberspace when it comes to expressing respect for Jay Rayner. If you’re interested, take a look at what Silverbrow has to say. 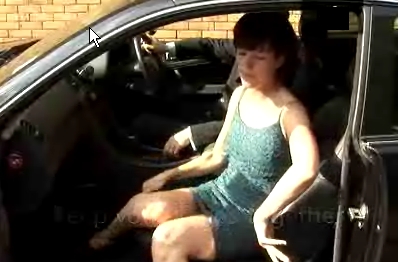 The train that thinks it’s a plane seems to have a sense of humour. Putting to one side Eurostar’s once unenviable reputation for tardiness and forgetting momentarily Eurostar’s legacy-airline pricing model (no affordable one-way tickets, a maximum return price of €760 for a journey of less than three hours), one can’t help being impressed by this touch of humour on the company’s website (my emphasis):

Tickets
To check in, all you have to do is insert your ticket into the machine (which will hold onto it exactly long enough for you to start to panic, just a little bit) and then walk through the gate with your baggage. Easy. If you need help, our staff are always around, and we’ll be glad to check you in ourselves.

When To Check In
This depends mainly on what ticket you have. Unless you’ve been advised otherwise, please check-in at least a 30 minutes before your scheduled departure. Below are the full details, just bear in mind that if in doubt, arrive with time to spare. And have a croissant.
Link to original

Not only is this refreshingly lighthearted, but it’s present in the other languages available on the Eurostar site as well:

Consistency in translation (where culturally appropriate) is second only to godliness and a good millefeuille.